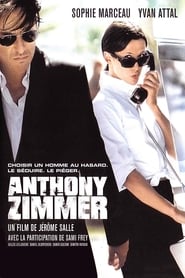 In Nice, the international police force and the Russian mafia are chasing Anthony Zimmer, an intelligent man responsible for laundry of dirty money in France. Zimmer had extensive plastic surgery, and his new face and voice are completely unknown. The only means to reach Zimmer is through his beloved mistress Chiara, who is under surveillance of the police and the mobsters. While traveling by train to the country nearby Nice, the common man François Taillandier, who has the same body shape of Zimmer, is select by Chiara as if he were Zimmer and used as a bait to lure those that are pursuing her. When Taillandier is chased by the professional Russian killers, he runs the French police when the real situation begins to be disclosed to him.